19.11.2016 Рубрики: Тексты для чтения Tags: level b2, reading, vocabulary Comments: 8
COLIN FARRELL, IRELAND, AND THE BEAUTIFUL GAME
When you think of Ireland, you generally think of Guiness, leprechauns and clovers, but not really of Hollywood stars.
Well, there’s one star who bucks that trend and came from nowhere to join the Hollywood greats — Colin Farrell. 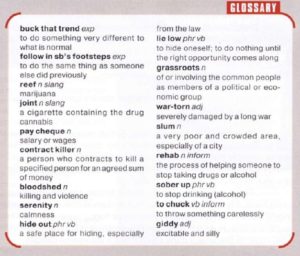 Farrell is originally from Castleknock in Dublin. His background is not really what you’d think of for a film star. He’s the son of the famous Irish footballer Eamon Farrell and originally intended to follow in his Dad’s footsteps. However, he quit when he was 15. When asked about why he gave up on football, he said: “It kind of went downhill, I was smoking a bit of reef. You know, you roll your first joint, drink your first beer and discover the girls and, well, that’s it. I loved football, but I couldn’t make the training any more’. He was thr 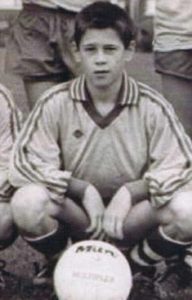 own out of school at 17 and when he told his Dad he wanted to become an actor he laughed at him and said. “You want to be a fuckin’ play actor? Is that a real way for a man to make a livin’? But he soon changed his mind when he saw Colin’s first pay cheque from the BBC TV drama. Ballykissangel.

DOING YOUR BIT FOR CHARITY Now he’s gone from school drop-out and drama school drop-out, to multi-million pound star with a conscience. In April, he’s bringing out a new film called In Bruges. He plays Ray, a contract killer who goes from bloodshed in London to the quiet serenity of Bruges to hide out and lie low while he waits for his boss. He’s also producing and narrating a charity documentary, which is about a worldwide homeless football game. The film chronicles the lives of seven players taking a once in a lifetime opportunity to represent their country at the Cape Town 2006 Homeless World Cup. The film will help to combat homelessness and encourage grassroots football protects. Farrell said: “Through the simple and beautiful game of football the complex struggle to find meaning and purpose in life is being won by over 20,000 homeless people all over the world.”

Kicking It, as the film is called, is far from glitzy, as the main roles are seven homeless men: Najib is from war-torn Afghanistan, Alex is from the slums of Kenya, Damien and Simon from the drug rehab clinics of Dublin, Ireland; Craig from the streets of Charlotte, North Carolina; Jesus from the overflowing public shelters of Madrid Spain, and Slavan an illegal immigrant here in St. Petersburg.

However, this isn’t the only time Farrell has helped the homeless. Apparently four years ago, he gave 51 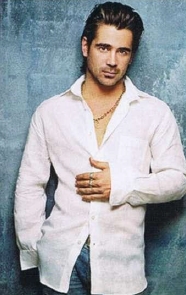 -year-old Dave Woods $3,000. A radio host offered $2,000 to anyone who could bring Mr. Farrell to the studio. The actor heard the request, found the first homeless person he saw, who happened to be Mr. Woods, and got him the money. Farrell also gave him $1,000 in cash and helped him sober up. Woods spent more than $600 of the $1,000 buying food for other Toronto homeless people. With the rest he bought a bike, new shoes and a mobile phone then got himself into a homeless shelter and started his new life.

Despite having lived in Los Angeles for several years now, Farrell is still very proud of being Irish and still calls Dublin, where he has a cottage, “home”. When asked about the Irish part of the film Kicking It, he said that he swelled with pride. Being Irish has always been a big part of him, and if things had turned out differently, he would have been following a musical career with the Irish band ‘Boyzone’. But acting seems to suit him far better. Although, he hasn’t forgotten his football past. When asked about footie, he said, “If you chucked a football in here right now, then I’d get giddy, I’d be running round the room. It puts me back to a time in life when everything was more simple. When there was a sense of community. You know it was great, you would get your T-shirt off to make the goal and you just run around having a game, I loved it.”

74748
Portraits of America – My love is for her
Как учить слова качественно?