Portraits of America – Adjust to the rules 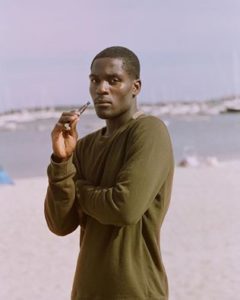 “Some people get in trouble with the law because they don’t understand that cultures can be different. When you come from a different country, you have to make adjustments. Maybe you were used to walking on the street, smoking blunts and shit, but you can’t do that here. The rules are different and you have to adjust. I adjusted to the rules. My eyes opened up and now I know. That’s why when I see young kids with a little accent who don’t know all this, I tell them, ‘I know you just came from Jamaica, but you can’t do this dumb shit. Don’t go to jail. You can make money here. Maybe it’s not enough and you feel you can make more on the street but it’s not the right way. It’s not the same as you’re used to.’
Some people come from a country where they don’t always understand wrong from right because the country never taught them that. There are people who may have never seen police in their lives.
I come from the worst parts of Kingston, Jamaica. I’ve never seen no police. All I’ve seen were guns and older people. The older people would tell me, ‘You snitch on me and I’m killing you.’ I come here and I feel like the king of the world because there are no older people around me, so there’s no structure. I go to school with young kids who try to mess with me and I want to fight them and I want to tell them ‘You snitch on me and tell the teacher, and I’m gonna kill you’ – because I’m older than them. But you can’t do that. You’re used to a certain culture, and you can keep parts of that culture—the food, the language, the style—but don’t bring the crime. Don’t do dumb shit.”

Выражение I was used to walking